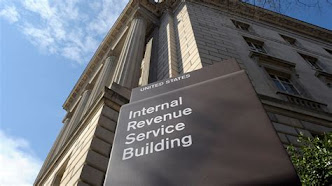 PAST DUE TAXES ARE MORE COMMON THAN YOU THINK:

Approximately 27 million Americans have collection accounts with the IRS.  The population of the United States is around 330 million, with 245.3 million of those people being adults.  In 2017 just over 143 million Americans were taxpayers.  Stated another way, roughly 1 in every 6 American taxpayers owes money to the IRS.  If you live in an urban or suburban neighborhood, like I do, every time you walk down your own street you pass by 4 houses whose occupants are in collections with the IRS and maybe you’re one of them.

As a result of COVID-19 the number of Americans in trouble with the IRS is set to increase.  Businesses and individuals left strapped for cash due to COVID closures and struggling to make ends meet will likely forego quarterly tax payments.  Many who assume their reduced operating revenue equates to reduced taxable income will be in for a rude shock when they discover forgiven Paycheck Protection Loans are considered taxable income by the IRS.

While the days of IRS agents seizing business property, equipment and any other assets they can get are long gone, taxes must be paid and the IRS has collection means unavailable to other creditors.  For example: most creditors cannot touch money saved in retirement accounts such as IRAs and 401[k] accounts, but the IRS can and will levy those accounts.

Fortunately, there are ways to alleviate those past due income taxes.  Payment plans can be worked out so that the tax debt no longer shows up on credit as one lump sum due.  Many taxpayers will be eligible for some form of relief on past due taxes due to lockdown induced reductions in income.  Now is the time to consult an attorney [such as myself] who in Tax Resolution.

If you or someone you know has received a notice from the IRS contact me at 312 577-9405, or David@RatowitzLawGroup.com.

Posted by David Ratowitz, Esq at 12:24 PM No comments:

IS BUYING A PROPERTY IN A SHORT SALE RIGHT FOR YOU: 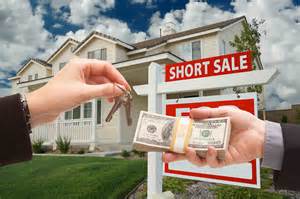 Homebuyers and a real estate investors can save a lot of money buying a property in a short sale.  The savings can be significant:  in the tens of thousands of dollars.  While this savings can be a tremendous financial advantage, it is important to remember that the buyer will earn this savings and must be prepared for the obstacles posed by a short sale.
In a short sale, the lienholders to a property agree to settle for less than the face value of the debt secured by the property.  That is a fancy way of saying everyone with a claim on the property agrees to come up short [hence the name, ‘short sale’].  It is important to understand that “everyone” includes more than just the bank holding the mortgage:  it can include contractors whose work on the property went unpaid, utility companies, the IRS, homeowners associations and judgment creditors.  You must remember that the reason a homeowner attempts a short sale is that they are in financial difficulty and such a person rarely has difficulty with only one debt.
Because of the nature of a short sale, it should not surprise anyone that they can take a long time, as there are many parties other than the buyer and seller who must agree to the transaction.  Even when the primary mortgage lender provides a relatively quick approval, there may be delays.  The seller may not have much ready cash.  If the seller is expecting the transaction to take several months and then discovers they must find a place to rent and come up with a security deposit and rent on short notice there may be a delay while the seller gathers the necessary funds.
These situations can pose obstacles to buying a property in a short sale, but they can be overcome with a little preparation.  An informed and prepared buyer can save a lot of money on a home or rental property by purchasing it in a short sale.
If you are considering purchasing a property in a short sale here are some things you should do:
·       Understand that this transaction may involve several months of waiting and then suddenly require you to be ready to close within 30 days.
·       Ask your real estate broker and attorney how many short sales they have negotiated and closed in the last 12 months.  If the answer is a single digit number, consider using a more experienced broker/attorney.
·       Ask the Seller [this is usually done through your attorney] how long they will require to move out and how much they have set aside for a security deposit.
·       Ask for the Seller’s utility bills as part of your inspection/due diligence process.  Most buyers ask about 2nd mortgages and contractor liens but then are surprised when past due utility bills delay a closing.
·       Contact The Ratowitz Law Group at 312 577-9405, or David@RatowitzLawGroup.com.

Posted by David Ratowitz, Esq at 1:02 PM No comments:

A SONNET IN IAMBIC PANTAMETER

For eight fruitless years did I toil away
In fantasy football obscurity.

My teams featured studs in their break out years:
Brady, Welker and DeMarco Murry

Then Lady Luck sent a boon rather fickle:
A car to run over my motorcycle.

Laid up, cast down feeling rather morose
Killing time hearing those podcasts verbose.

Brain filled with football statistics and news,
a treasure trove of knowledge that I could use,

to establish a tyrannical reign
and humiliate my very best friends.

Hobbled and gimpy but filled with more pluck
Than our new Il Duce, Donald J Trump:

With great panache I limped to the draft room
Leaving my friends to contemplate their doom.

Despite injuries to my all-star team
Victory never in doubt it would seem,

Amassing wins at a furious clip
On the way to my very first championship.

The offseason proved a fine time to gloat
And plot many ways to squash my friends hope.

With great relish did I accept my part
But then stumbled to an ‘0’ and ‘3’ start.

Exposed as a loser the critics scoffed:
“No such team has ever made the playoffs”.

Prodigiously did I burn midnight oil
Competitors’ strategies would I foil

Against all the odds, my underdog run
And the subsequent victories I won

And an attitude that was rather flip
Ended in my second championship!

Posted by David Ratowitz, Esq at 5:02 PM No comments:


MEDICAL BILLING:  ARE YOU BEING BILLED UNFAIRLY?

Given the recent upheavals in the medical insurance industry, a growing number of consumers are forced to negotiate their own medical bills.  This can be a daunting prospect because most of us are not involved with the high-level price negotiations that take place between large medical corporations and the public and private insurance entities.  Further complicating a consumer’s ability to understand the costs of their own healthcare are: 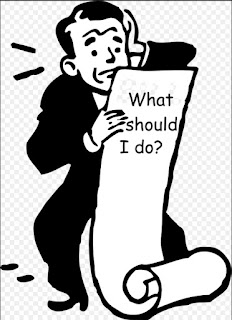 If you are being asked to pay a portion of your medical bills not covered by insurance and you live in Illinois you may have some recourse.  At The Ratowitz Law Group we are here to help.  I urge you to read on and, if you feel this may describe your situation contact me for a free consultation and we’ll analyze your situation together.

Many large healthcare providers negotiate special pricing contracts with insurance companies.  These are often called Facility Participation Agreements [FPA’s], although they go by many other names.  In these agreements, the provider and insurer agree on specific prices for specific services.  Many of these contracts require the provider agree not to charge the insured individual above and beyond the price agreed upon in the contract.  In other words:  if the provider charges $400 for a test, but the FPA specifies the insurer will pay $300 for that test, the provider agrees they will not charge the insured individual the remaining $100.  In many cases, however, the medical provider accepts the $300 from the insurance company and then sends a bill to the patient for that remaining $100.

If you have had medical treatment and your insurance paid for a portion of that treatment but your provider is demanding that you pay the rest, you should ask if they have an FPA or any other type of agreement with your insurer that covers pricing.  Ask to see that agreement – or better yet, bring that agreement to me:  I’m happy to read it for you.  Together we can determine whether or not you’ve been overcharged and then discuss the best course of action to take.